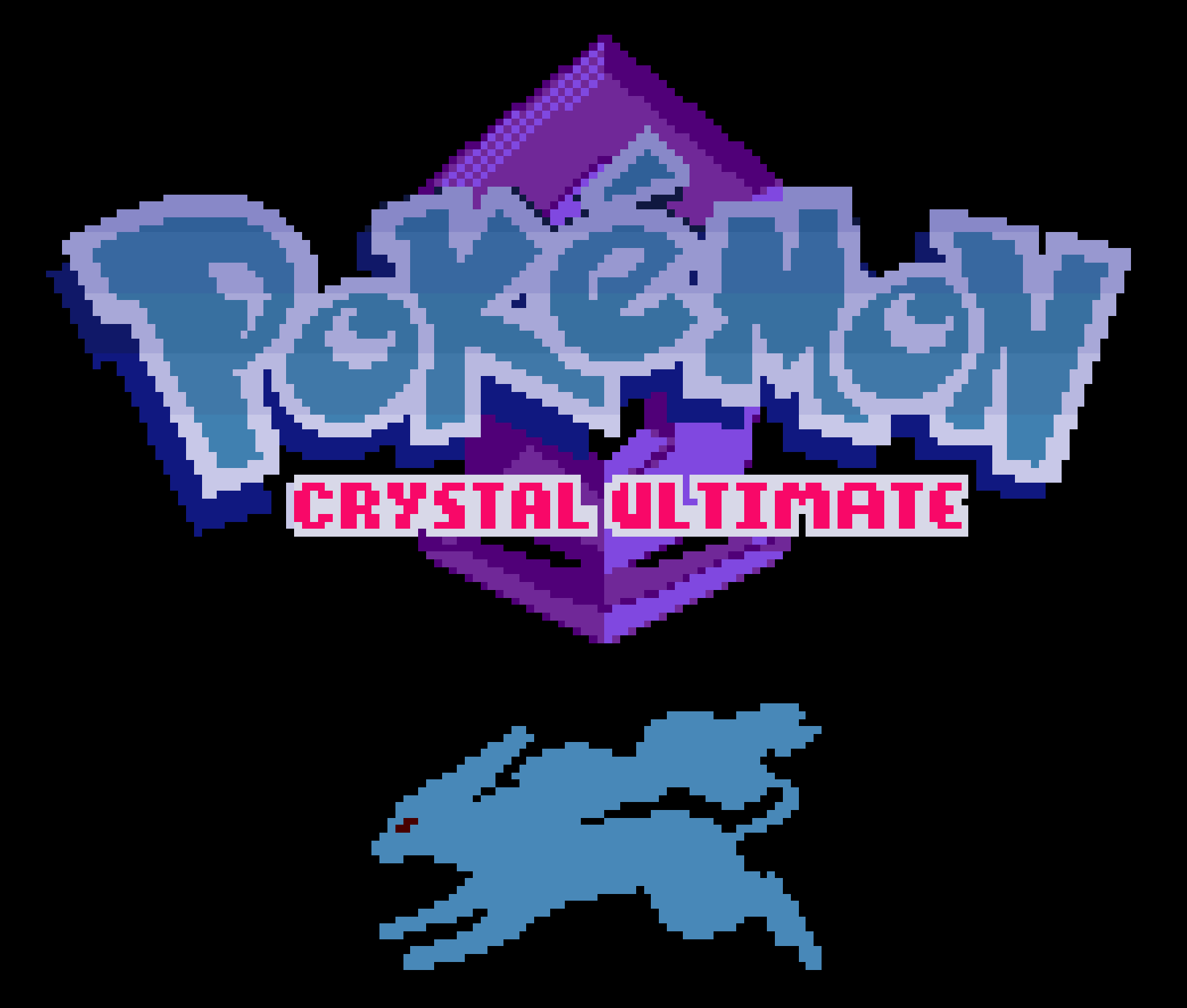 You might've heard by now of my upcoming ROM hack: Pokemon Crystal Ultimate! The current playable version is v0.8, which is complete up to and including the E4. The goal of this hack is to be the ultimate Pokemon Crystal experience for fans, a remaster of sorts: same story, same Pokemon, same world, but the game is more playable, balanced and challenging. There’s a bit of extra content added too as well as many QoL improvements from music to sprite work to brand new features and battle system improvements!

Just about everything is viable now due to a thorough revision of moves, typing, learnsets, base stats, and Pokemon availability. The game’s challenge has been increased by revamping the level curve and adding to trainer parties custom moves, DVs and stat experience, as well as providing a greater variety and number of Pokemon to their teams. However, the game is designed to be Nuzlocke-able, so you will find that the challenge, while high at times, is fair.

More or less empty locations in the original game such as Ilex Forest, Ice Path and Victory Road (to say nothing of Kanto) now have extra trainers and items. I have also taken some liberties to spice up and rebalance gameplay, such as type changes to a dozen Pokemon, a few regular-shiny palette swaps to reflect this, and type matchup changes to balance out Poison and Steel.

Understandably, some players may find that some of these changes stray too far from what they want from this type of hack, so I made a Classic version of the game, which removes most base stat changes, Pokemon typing and type matchup changes, most palette swaps, and will lower the shiny rate a bit in the final release. The specific differences for that version are noted in the documentation (see Discord link at the bottom of this post) using the 'Classic' tag.

As well, all 251 Pokemon can be obtained through normal play and all Johto Pokemon can be obtained before reaching the Pokemon League, except for legendaries and the starter/odd egg Pokemon that you didn’t get. On top of all of this, there are many quality of life upgrades as well as brand new features that improve playability without compromising the feel of the original game! Below are some screenshots and below those is a list of features.

As seen in the screenshots:

- Map changes that bring previously unimpressive areas to life and add convenience, such as Victory Road, Lugia's Chamber, and the Goldenrod shortcuts
- Reworked in-battle and overworld sprites for notable characters and Surfing, as well as for Pokemon in the party menu and overworld
- Added evening as a time of day with a golden hue
- Convenient features such as being prompted to reuse Repels, resuable TMs, new gen 1 (GENWUNNERS) move tutors, a move reminder, and a Pocket PC
- More item variety and accessibility, such as a Lucky Egg early on, rare items found as milestone gifts in your room, all decorations can be obtained, and fossil Pokemon are found in the Ruins of Alph

Here are some other features not shown in the screenshots:

- New music and softer night versions for all outdoor themes
- Hold B to run
- Trainer card badges are in colour and a third page has been added for Kanto
- Sprites have a softer and darker hue at night to match the darkness
- 1/256 (will be 1/850~ for Classic v1.0) shiny encounter rate (1/3 for the Odd Egg) and shinies always have high DVs
- Fixed many bugs (such as Kirt's balls) and restored things like the Celebi event
- Significant AI improvements
- Improved rematch system: rematch trainers offer their number automatically after you first defeat them and have much better scaling
- Every ball has a unique colour palette and catching Pokemon yields exp
- In-battle weather indicator
- Elite Four rematch with new dialogue

I could go on about a ton more features in Ultimate, let alone the battle- and difficulty-related changes, but I believe that this will suffice to pique your interest! For all of the details and a polished demo that goes all the way up to and including the Elite Four, I invite you to join my discord: https://discord.gg/XMYBvDA

I would like to credit the following people who helped me in the process of creating this hack and learning about asm and Crystal disassembly hacking (which wouldn't exist without iiMarckus and co's work on the project). First of all, the fine pret folks that form the backbone of the pokecrystal github community, including Rangi (made countless great tutorials and Polished Crystal), others who made tutorials (such as growlie777), Seasick, Electro, ax6, Idain, i0brendan0, potato, TriAttackDev, TriteHexagon (created the night themes and helped me integrate them), Stan40 (title screen), Mmmmmm and Pigu (many music themes), and Aquacode (helped with the Elite Four rematch code). I’d also like to especially thank Seasick and Idain, who helped quite a bit with some coding issues for some of the QoL changes and have been good friends and collaborators. As well, these fine folks made the unique menu/overworld sprites for every Pokemon in the game: Chamber, Lake, Ryta, Solo0993, NESlug, Blue Emerald, and Pikachu25.