Okay, so I've done a couple of hacks, most recently one called Kalos Crystal. I've got this strange graphical issue that only appears on certain Pokemon, and it's only sometimes that it occurs. Here's an example: 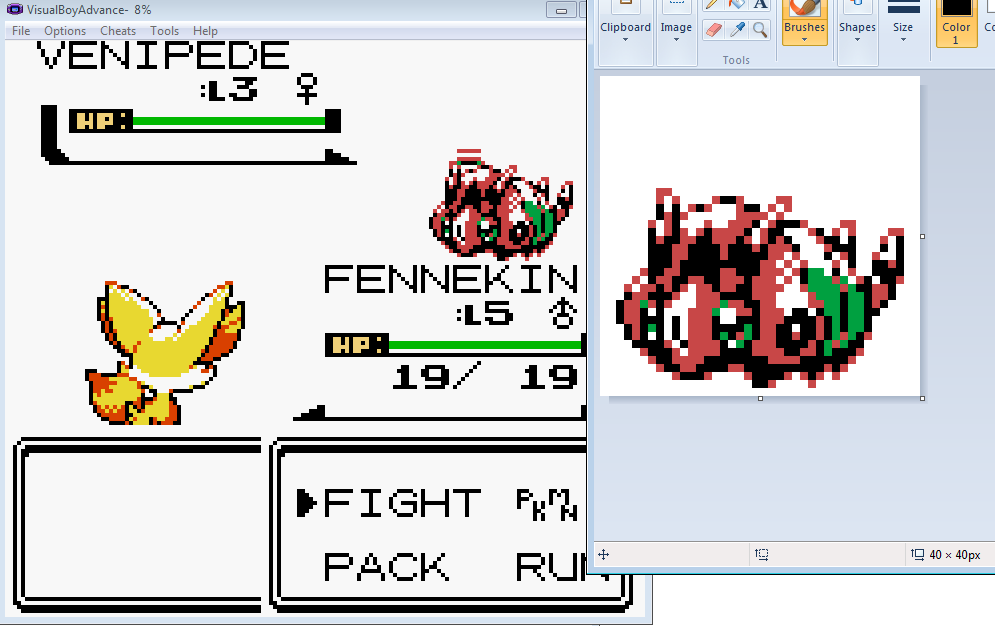 The Venipede sprite is being displayed with some colors right above its head, but in the source image, it isn't there. It's typically like this, where it's just some lines on the sprite, but it's very offputting, and I haven't been able to find a reason for it. Does anyone have any knowledge about this graphical issue? Thanks.

Re: Graphical Issue with PokeCrystal - Lines on battle sprites

Do you have cheat codes turned on? I remember when I was a child, that I used Xploder cheat codes to modify the wild pokémons encounter in Crystal and I had the same graphic issue.