I'm trying to hook up my CGB to an Arduino and talk to it.
I have it wired up to my Arduino Mega, according to some pinout I found.

Then I found a mix of documents describing the protocol.
It seems to be basically SPI with an active-low clock.
Every time the master pulls the clock low, they exchange one bit with the most significant bit first.
Who is the master and who is the slave is not defined.

It seems Pokemon tries to be both when you talk to the lady at the cable club.

When I put out a clock pulse and just send back the last byte I received, I can trade with myself.
I have no idea why this works, but it does.

When I just listen for a clock pulse, it sends me 0x01 and then nothing. nothing!
This drives me mad.

I found someone on the web that successfully connected a Game Boy to some ARM dev board.
I ported his code to Arduino, but it's doing what I described above. It just sends me 0x01 and then nothing happens. It's not even trying to read my 0x02 that I'm supposed to send.

I tried to look at the Pokemon disassembly what it's actually doing, but it's hard to read for me.
I have hello-world-level X86 ASM experience, and none at all with this CPU.

But now I wonder if there is a mistake that makes it not register a LOW. I read a disconnected Game Boy reads 0xFF, so I assume the pin is pulled HIGH.
I also asume when it sends a 0x01 the byte I send is a 0x00. I tried just connection the MOSI to GND with no effect.
Still only one byte sent.

Ok, it's working. It was probably an electrical problem. I changed hardly anything. 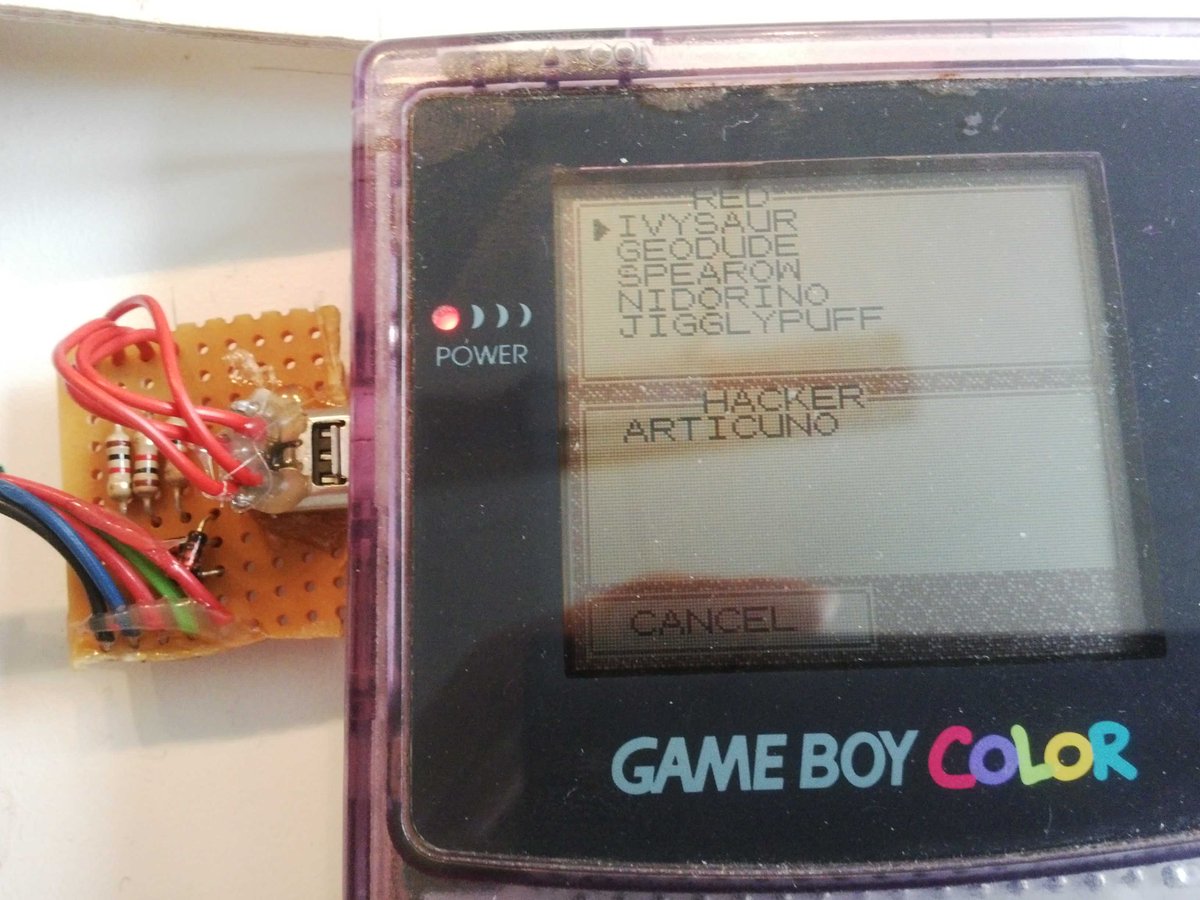