-Introduction
16-17 Years have passed since Gold/Kris traveled and went on their Pokemon journey across Johto and Kanto. A lot has changed. Some familiar faces even we once knew have moved on. However, in the year 2017-2018. In a town west to Olivine City. Begins a new path towards the Pokemon League. You happen to be the son/daughter of Jasmine who is now part of the Elite Four, while your father is the first ever Gym Leader you face that has taken his wife's place. Your rival happens to be your brother/sister (the opposite of yourself). While you travel on your journey to obtain all 8 badges of Johto once again. You'll also have to fight the return of Team Rocket under the older wisdom of the diabolical Arianna after losing to Gold/Kris under Archer's command, then unravel the mysteries of the elusive time travel pokemon, Celebi, and her plea to you to help end a series of misfortunate events that could lead all of Johto to deep slumber....and perhaps endless nightmare.

16 years since the release of Pokemon Crystal, probably 16-17 when I get a first release hopefully if not later

-New Features:
-You'll start out with a Kanto starter of your choice this time around given to you by Prof. Oak. while being able to receive a Johto starter of your choice from Prof. Elm early to mid-game.
-2 new Gym Leaders, Jasmine and one other surprise is a Elite Four now. Everyone will be rematchable for stronger teams later as well.
-There will be 253 Pokemon, some will also be removed to have pokemon from all 7 gens such as Metagross, Dragalge, Lopunny, and even Alola-Pokemon. The story itself ties in with a new legend. Each pokemon will have revised movesets, Some will even have stat and type buffs. Elite Four Will even has a new toy up his sleeve.
-Fairy-type will exist as of Gen 6 & Fairy-type moves will have new animations. (hopefully)
-Some moves will be removed and replaced with newer ones from Gen 3 onwards. (Although some current animations of Crystal will be used until later on unless specified)
-New characters, devamped/revamped sprites of both Trainers and Pokemon. Recolored sprites. Familar faces outside of Gen 2 as well. There will also be familar faces outside of Pokemon, for example, you have a additional rivalry with Yoko Littner.
-Mega evolution is not one of my plans, however, some pokemon will use their mega form as a standard sprite in their 3rd Evolution stages instead of their normal ones. (Ex. Ampharos and Lopunny)
-New locations, New events, Brand new story.
-New post-game content. (After defeating the Pokemon League, be prepared for a new story in Kanto about a Faller and the hunt for Ultra Beasts in old & familiar hiding places. Including Nihilego in Diglett's Tunnel!!)

-My Current Situation and Progress:
I have a few Sprites done, a tileset I'm using for Magnolia Town (borrowed from Rangi's Polished Crystal) and of course the Magnolia Town map. I've yet to do a whole lot yet as I've been learning everything and as much as I can of cygwin and pokecrystal disassembly. ON TOP of irl things that keep going on in my life. RIP me xD 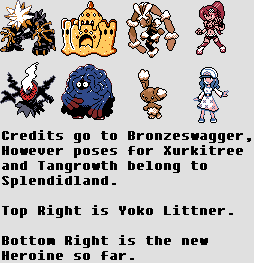 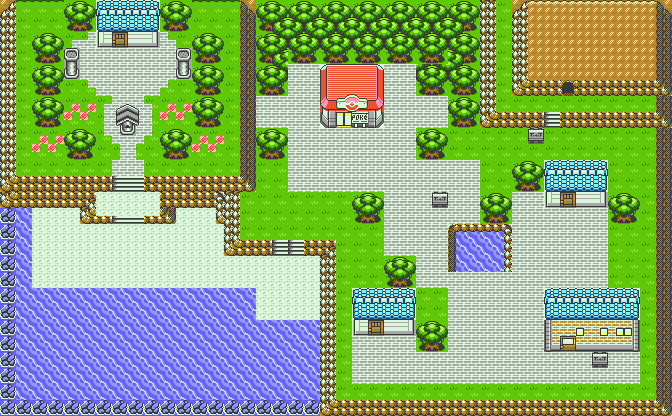 Map is not finished, but I'm working on it.

-LOOKING FOR RECUITS
I'm am now searching for a team to work on this project, and I need the following

-Keep In Mind Everyone
This is going to be a pretty slow project, I'm not a miracle worker and I doubt anyone else is either.
( Except Rangi ;P )
I'm not going to be put in a huge rush and neither is anyone else, as far as I'm concerned, the deadline is of that there is no deadline. Its non-existant. BUT I do expect everyone, including myself, to be steady and not just drown in our laziness. I may have said before that the first patch release would be around 2018, but I'm not going to push it. If its not done til 2019, that's just how it'll go atm due to irl things and also because I'm naturally slow from birth. lol
I'm not going to take away anyone else's irl times either, if someone needs to take a break, then its fine, because I'll probably need to take short couple of breaks every now and then. Especially this week because I had a death in the family.
If you need to ask questions, just ask, my ears are here to listen. Let me know if you're interested and want to work something out. I'd appreciate any help I get for this hack. As its been a very long time Crystal Dream I want to make a reality. <3